This songwriting tour, will then follow with a national tour planned this year in Queensland, New South Wales and Victoria with some exciting plans for how YOU can have Angela play a concert at your own home. Details will be coming through very, very soon, so jump over to www.angelaeasson.com and make sure you subscribe to her mailing list

Book this one in your diaries!

Next month, Angela will be heading to Sydney to focus on songwriting and performing alongside Hayley Jensen and Natalie Henry for a “Cheers To The Girls” performance at Rooty Hill RSL.

Rooty Hill RSL and Total Country celebrates the young women of country music with the Cheers to the Girls Sunday Sessions. Each month featuring 3 different but amazing up and coming artists. Sunday April 2nd presents Angela Easson, Natalie Henry and Hayley Jensen. An afternoon of fun, great music and great girls….join us and lets all Cheers to the Girls!

The 2017 Tamworth Country Music Festival is happening next month and once again, Angela will be performing at next year’s festival.

So here is next year’s festival performances! Put these dates in your diary to see Angela perform live:

‘Little Girl Dreams’ is the third single release from singer-songwriter Angela Easson’s debut album “Wanted”. Written from a child’s perspective, the Adelaide-based artist wanted the song to represent creation and imagination, like playing in a child’s world, where everything is seen through rose coloured glasses. Angela wanted to capture the innocence and oblivion from all the bad stuff that can happen in this world, essentially how children should live.

Angela’s own little girl dreams started off when she would sing along to the radio complete with plastic microphone. The little voice you hear at the end of the song is her daughter Chloe, both her and son Lachie appear in the soon-to-be-released video clip created by The Filmery.

The 2010 CMAA Country Music Academy graduate began singing at the age of 10 when she fell in love with country music after attending her first country music event in Mount Gambier, SA. Moving to Adelaide in 1997, she has worked with many South Australian musicians, branching into different genres including pop, jazz and blues. Angela is an active member in the community, including the lead vocalist for the Onkaparinga Big Band.

Recently returning to perform as part of ‘Country Gold’ at Adelaide’s Her Majesty’s Theatre alongside Amber Joy Poulton & Dave Prior, Angela is now gearing up for the Mildura Country Music Festival. And after a whopping 17 shows at the 2016 Tamworth Country Music Festival, she will return in 2017.

Request it at your local country music radio station now!
For any media that need the download password, please email: kris@kriskatpublicity.com.au

Angela Easson has been nominated as “Most Popular Country Artist” in the 2016 South Australian Music Awards.

Angela has had a stellar year with the release of her debut album “Wanted” and her first single release from the album ,”Once Upon A Time”, reaching number #13 on the national Country Tracks Charts.

Voting is now open at http://themusic.com.au/samawards so make sure you jump over and vote for Angela!

The top 5 finalist per category will be announced early October.

My new single “Bad News” has been added to the CMC Australia play list and is available for request.

Want to see it played on Foxtel’s CMC? Then request it here 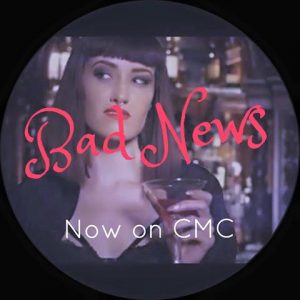 The second single from Angela’s new album “WANTED” has been released!

What a busy year it is going to be!

After performing a whopping 17 shows at Tamworth Country Music Festival, Angela continues to adds a list of festivals to this year’s gig guide including:

Not forgetting COUNTRY GOLD is back! Performing at Her Majesty’s Theatre this 3 hour concert spectacular is hitting the stage on Saturday 27th August and tickets are on sale now.

Don’t forget to subscribe to Angela’s fanmail to ensure you keep up to date with the latest news and gig dates.

“Once Upon A Time” the first single from Angela’s new album “WANTED” has jumped 3 spots to be sitting at #14 on the Official Australian Country Tracks Charts!

A huge thank you to Australian radio and everyone who has been requesting the new single. Keep the requests coming!